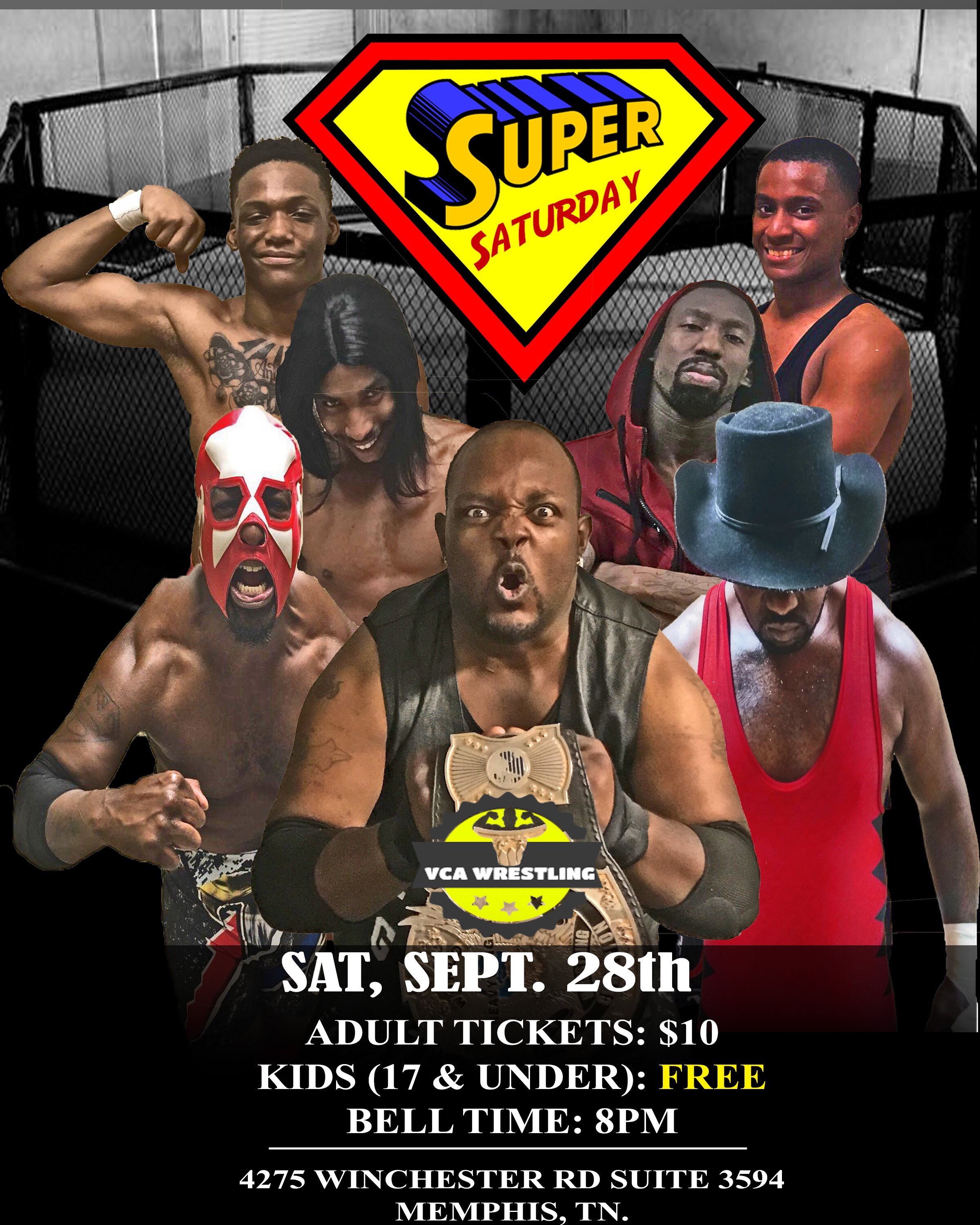 This Saturday night, September 28th, VCA presents its Super Saturday event featuring the VCA stars. Adult tickets are only $10 and kids 17 & under get in free. This is your opportunity to witness the best wrestling action in the Mid-South.

“Memphis Cowboy” Johnny Ewing will be in action competing one on one against the Juniorvative champion Daniel Miraculous in a non championship single falls contest. Ewing is looking to teach the Miraculous One a lesson in respect.

Also, the former Juniorvative champion, “Chicago Kid” Q, will be in singles action against the underdog Dwayne. This will be an explosive one as the two have been known to care less about one another. Q claims it’s because Dwayne is jealous of his success.

Also, the VCA tag team champions, the Greatest Show on Earth, will be in action as well as the heavyweight champion Big Tiny. America’s favorite hero, Kaptain Justice, is set to make an appearance alongside of VCA owner Terra Rae.

Remember, kids 17 and under get in absolutely free this Saturday night at 8pm. Adult tickets are only $10. The address is 4275 Winchester Rd. Suite 3594 Memphis, TN. See you there!