Tank versus Miraculous at Massacre 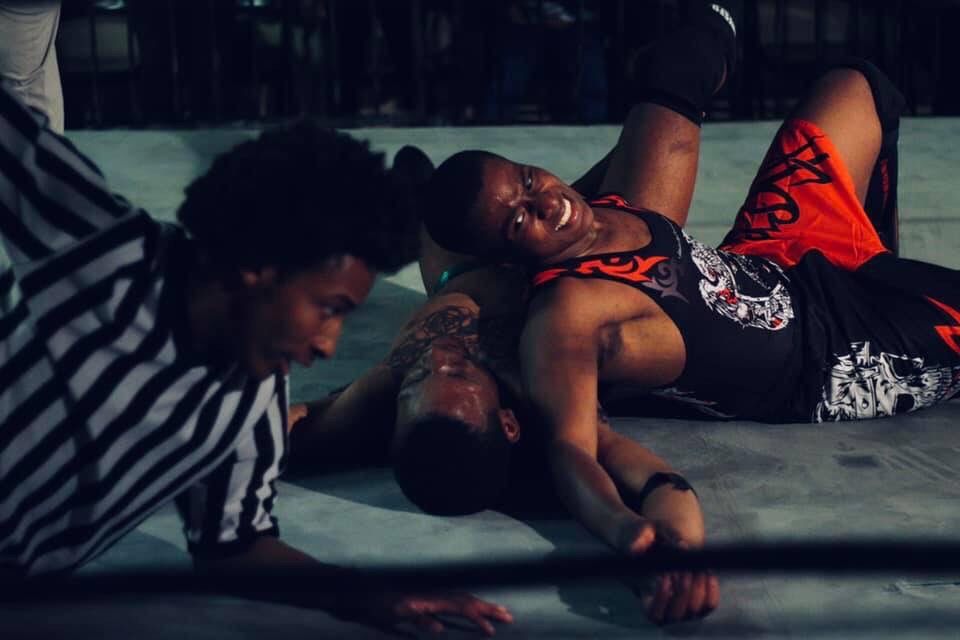 This past Friday night at VCA’s weekly Friday night event, the Miraculous One informed newcomer Tank that the only way Tank would receive a shot at his newly acquired championship was if Tank could defeat him in a non championship contest for the evening.

Tank, who wasn’t about to allow this opportunity to go unnoticed, entered the studio accepting Miraculous’ invitation. Plus, if one remembers correctly Tank was outsmarted during the triple threat contest for the Juniorvative championship and tossed outside the ring onto the floor allowing Daniel to steal a win.

During the contest Miraculous was able to execute a sleeper hold that would soon have Tank drifting into La La Land. Just as it would seem that Tank was finished, Tank was able to derive energy from fans that would allow the newcomer to counter the move by running up the turnbuckles flipping over the Miraculous One.

The well executed maneuver by Tank was precisely locked in allowing Miraculous no room for kicking out. Tank defeated Miraculous to become the number one contender for the junior championship. The two are set to compete at this year’s Halloween Massacre Saturday, October 5th at 8pm.