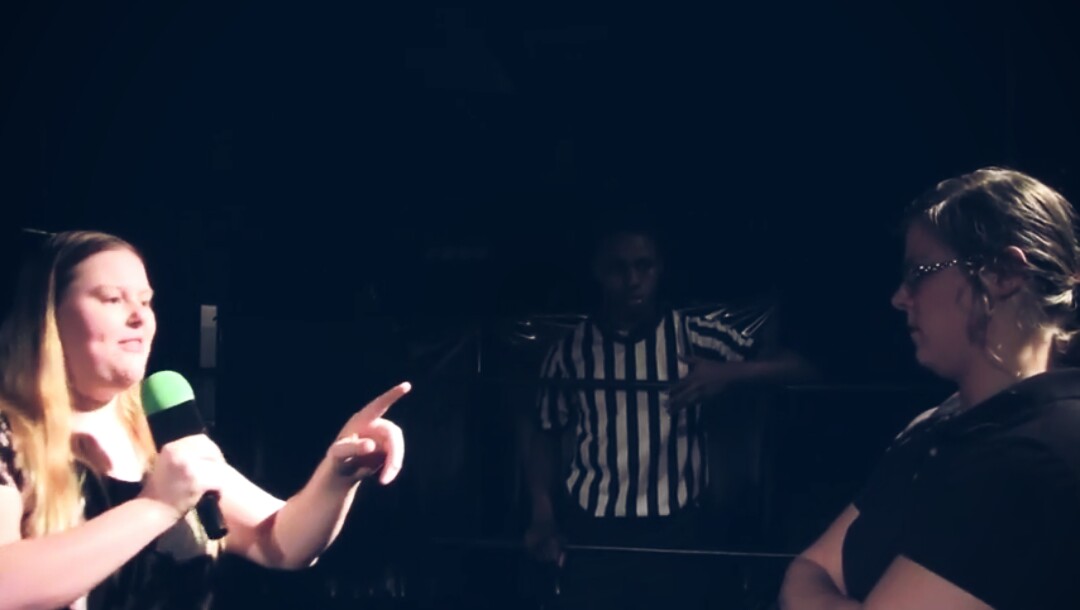 If you missed this past Friday’s show, you missed one of the best action packed shows in the Mid-South. The event was full of non-stop action, but more than anything the ending of the show shocked many.

Owner of VCA, Terra Rae, informed everyone that one of her employees had been spreading rumors about her claiming that she’s an unfair and horrible boss.

As the camera woman entered the ring, Rae informed everyone that the employee that had been degrading her was actually standing in the ring. Off top, fans immediately thought it was the referee, but it wasn’t.

Rae informed fans that the person talking trash about her was the camera woman. Fans were stunned and shocked! Rae added that what many didn’t know is that the camera woman is actually the girlfriend of VCA star Allen Dalton.

Terra told the camera woman that she needed to shut her mouth because at the end of the day she’s the boss and could do whatever she pleased.

At this moment, the camera woman began taking off her glasses because she had enough of listening to Rae. The camera woman informed Rae that she wouldn’t bite her tongue and that Terra was a horrible boss and she didn’t agree with the way Rae treated the wrestlers in the back including Dalton.

Rae immediately took offense to what the camera woman said and slapped the camera woman. Fans went ballistic! Before anyone could blink, the camera woman attacked Rae banging her head against the mat. Rae regained control banging the camera woman’s head on the mat. The two would then roll around the ring pulling and clawing at one another until wrestlers entered from the back to break the two apart.

A pissed off Rae would then deliver more shocking news that would rock the entire studio audience. Terra informed everyone that at MegaFest Friday, May 6th she’d be wrestling the camera woman and if the camera woman didn’t win she’d be fired.