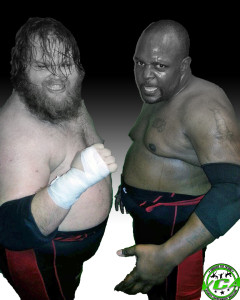 This past Friday at the VCA studios, Xander Raines entered the studio to deliver a shocking message to the VCA audience. The fans of VCA were beginning to take a liking to Raines, especially after seeing Raines team with Malik and defeat Brooks and former WWE Superstar Carlito. Raines would deliver anything but good news last Friday.  Raines called out Allen Dalton and informed Dalton that he wasn’t pleased with him placing his hands on his sister.  Raines added that one thing he don’t play about is his family.  Allen told Raines that Terra is the one that made the challenge and if anything Terra was to blame for the loosing of her job and the Crossface being placed on her at Extravaganza.  Dalton went on more telling Xander that Rae had it coming to her because she’s made every wrestler in the locker room life a living hell. Raines wasn’t buying it and told Allen that he’s in the mood to do damage.  Xander added that Dalton wouldn’t like it if he was to snatch him up and break his back in front of the VCA audience.  Allen informed Xander that he understood and told Raines to do what he had to do.  Xander did just that by swinging at Dalton, but Dalton was prepared as he avoided the attempt.  Allen began going to work on Raines and looked as if he was about to put the big man down until Big Tiny entered the ring. Tiny blindsided Allen and the two colossus forces took turns pounding away at the Southaven native.  Luckily for Dalton, Malik wasn’t too far away and was able to run the two beasts of men off with a hammer in hand.  Malik issued a challenged to the two at VCA’s upcoming event, Broken Hearts, and they accepted, but before Broken Hearts Friday, February 6, Tiny issued a challenge to Malik and Allen for the evening in which they accepted.  The match wasn’t a good one as Raines and Tiny plowed through Malik and Allen with Terra’s help winning the match.  With the tag team titles soon coming into play, one can only think that this new team of Xander and Tiny will be the front runners.  What is the name of this new duo being led by Terra Rae? Do Malik and Allen stand a chance at VCA’s Broken Hearts Friday, February 6? Join us this Friday as we find out more!