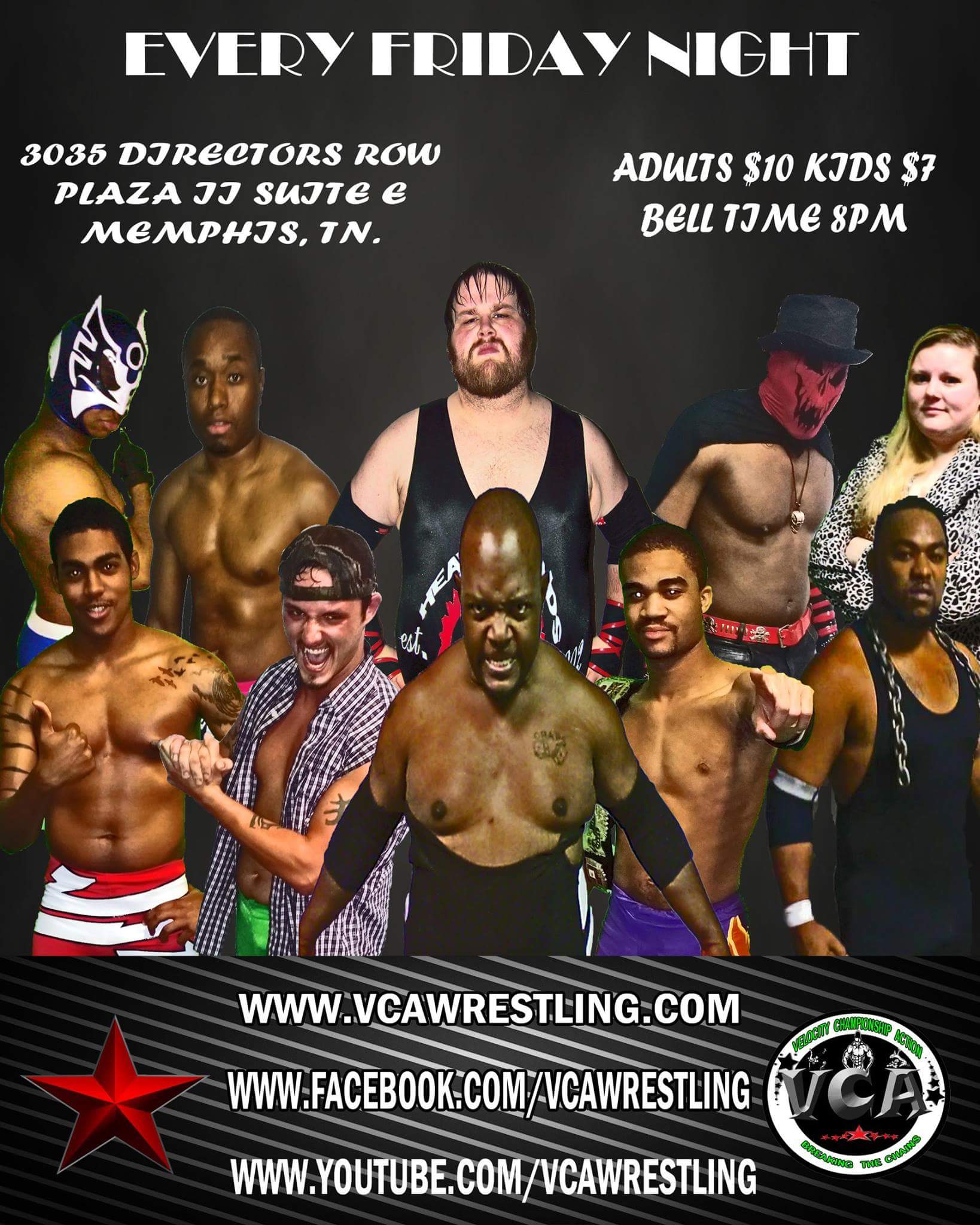 This Friday night VCA rolls out the red carpet for a night of exciting action.

Already signed, Terra Rae’s future Johnny “The Sleeper” Gilbert will go one on one with Malik in singles action. Gilbert has noted that Malik’s going to receive the same thing Chris Evans will receive on February 5th at Broken Hearts and that’s a beating.

Also, Evans will take on Brooks in a non-title singles fall match. Evans mentioned although his mind is set on kicking Gilbert’s ass in their Chain on a Pole match at Broken Hearts, Evans said he still owes Brooks for their last encounter. Brooks is also scheduled to address rumors of him being afraid of his opponent at Broken Hearts, Lio Rush.

Allen Dalton is scheduled to speak on his feelings towards he and Tiny’s next meeting at Broken Hearts. Dalton said he should be heavyweight champion now but after February 5th he will! Dalton is also set to take on Crazy Jack this Friday night in singles action.

Join the stars of VCA this Friday night at 8pm. Tickets for adults $10 & for kids only $7. Also, make sure to pick up your ticket for Broken Hearts this Friday night. Advanced tickets only $12 for adults and $10 for kids. At the door adults pay $15 & kids pay $12.