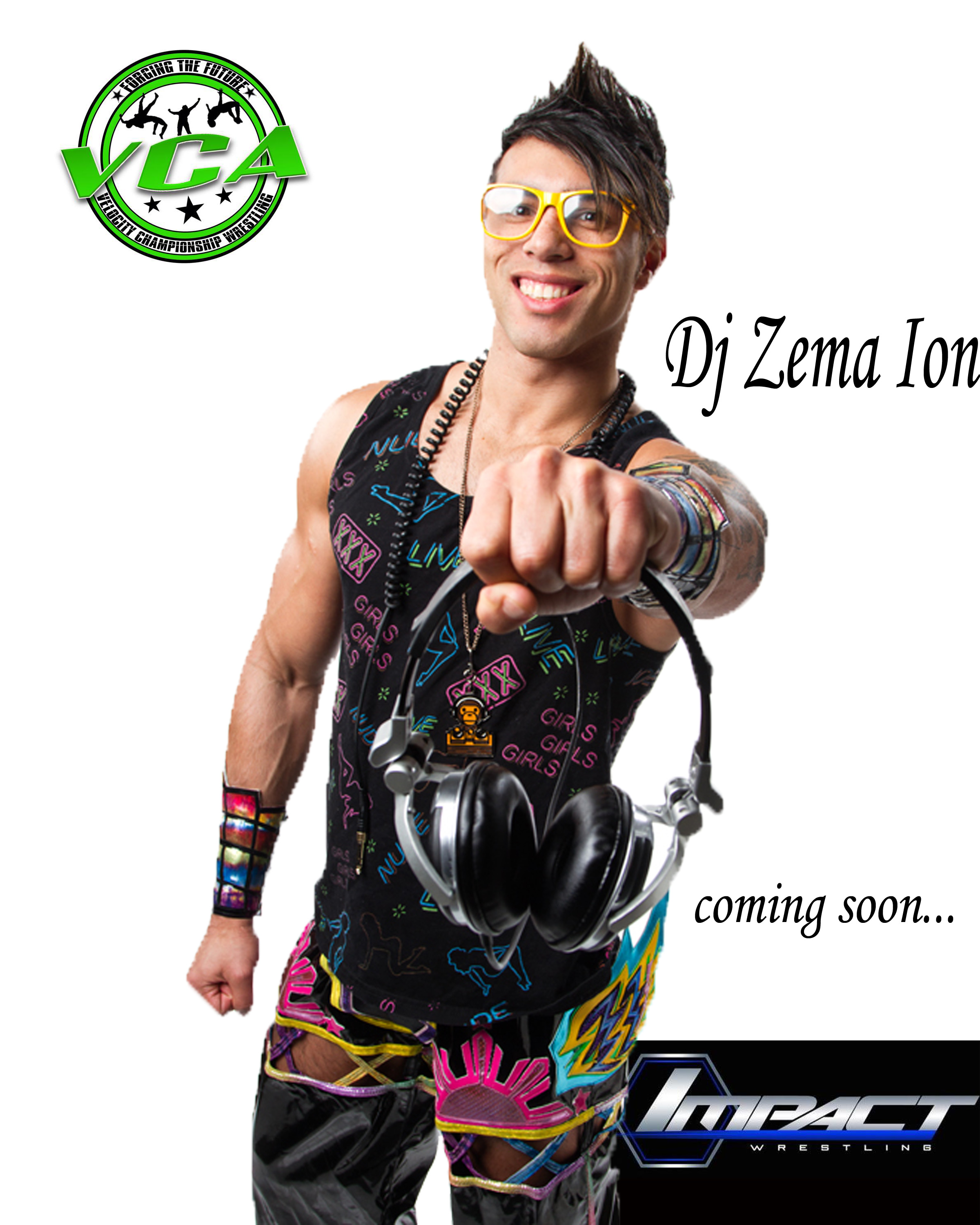 In this series, we have covered a match of vengeance and we have covered two Championship matches. However, this final article may be one of the most anticipated matches on the entire card. And it is a grudge match for the century.  This bout, of course, will be between TNA Impact’s DJ Zema Ion and VCA’s very own, Malik.

The two first competed at EXTRAVAGANZA where the two would compete in a very driven and solid contest. It would be Malik, however, bringing home the victory for Velocity Championship Action. Ion would throw a fit saying he was cheated and even went on to tell Malik that if he was a true man, he would accept a rematch at that year’s MEGAFEST.  The taunting by Ion would go on for weeks as Malik would finally accept the challenge laid down by Ion.

We would arrive at MEGAFEST that year and tension between the two had reached an all-time high. Unfortunately, something entirely unexpected by the crowd, crew, and roster would take place. During an earlier match the ring itself collapsed.  Living up to the moniker, ‘The Show Must Go On,’ VCA management and stars agreed to continue the show amidst the rubble left behind.  Ion and Malik would have an all-out war, even using weapons from the crowd and fighting all around the studio even.  It was an epic that would go in the history books here at VCA Corporate.

Ion, however, after all the chaos and the matches being converted to falls count anywhere, would still find a way to cheat his way to victory as he rolled Malik up and grabbed a handful of tights for leverage. Ion would end up getting the 1,2,3, that night but not in the heart of the fans. It is now only suiting that they settle the score and break the tie at this year’s MEGAFEST. Will Malik show why his is the best in this business or will Ion find a way to take advantage again and score one over on one of VCA’s greatest talents? Only time will tell until we arrive at MEGAFEST this Sunday April 5th, 2015 live in Memphis, TN.

The show begins at 6 pm and all tickets are only $12, so you won’t want to miss the best wrestling company around today, Velocity Championship Action!