Uncle Calvin and Tiny to set the record straight 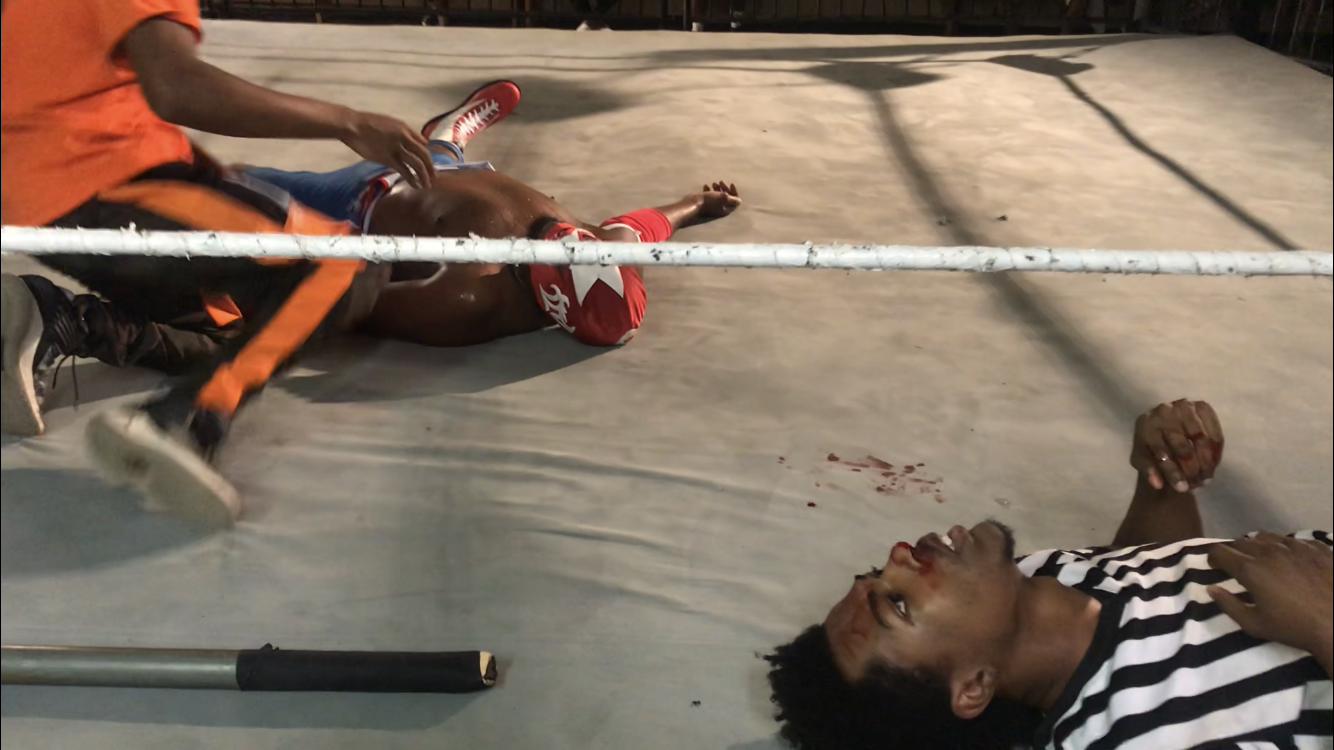 This past Saturday evening at the Velocity Clash IX, Tiny shocked many when he purposely got himself disqualified after taking a steal pipe and attacking VCA heavyweight champion Kaptain Justice and the official Referee Elijah.

Uncle Calvin mentioned that all will be answered this Friday night at 8pm on why Tiny did what he did pertaining to his championship contest with champion Kaptain Justice. Uncle Calvin insists the outcome of the contest had a greater meaning and he’s going to inform fans on that information this Friday night.

On a side note, Referee Elijah has made a full recovery and will be in attendance at this week’s Friday night event. For those that didn’t attend, Referee Elijah was attacked at the Clash IX when trying to prevent Tiny from injuring Justice. Tiny abandoned his assault on Justice and focused his attention on Referee Elijah. Tiny left Referee Elijah laying in a pool of blood.

Joint the VCA stars this Friday night at 8pm to witness the aftermath of the Clash IX. Tickets are only $10 for kids and adults. The address is 4275 Winchester Rd. Suite 3594 Memphis, TN.