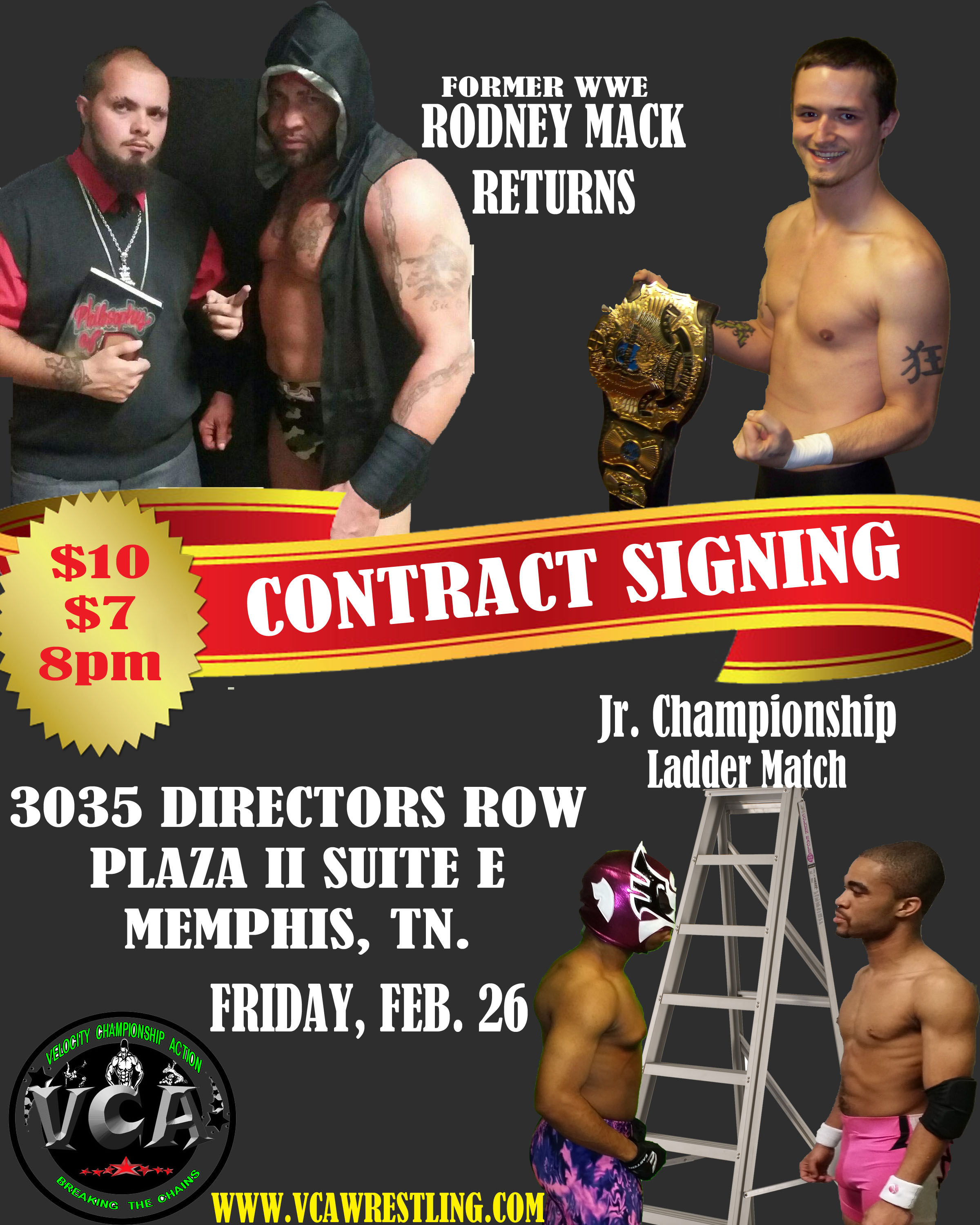 There’s no secret by now that VCA is the top promotion in the Mid-South and continues to bring the best action to fans on a weekly basis. Having a family oriented setting, VCA has been labeled by many fans a great weekly attraction.

VCA has a reputable heavyweight champion by the name of Allen Dalton who’s set to go one on one with former WWE Superstar Rodney Mack Friday, March 4th. Also, the VCA juniorvative champion, Brooks, has taken on the best in the World and he too will compete against ROH Top Prospect winner Lio Rush Friday, March 4th.

Out of all the accomplishments of VCA, there’s still one thing VCA is lacking. That one thing is the VCA tag team championship which the company has neglected to crown. The championship has been vacant for over an year and no tag team has stepped up to claim the prestigious prize. There are so many great tag teams all over the World that could come in a compete for the championship, but right now that seems slim. Maybe in this year a tag team will be crowned.