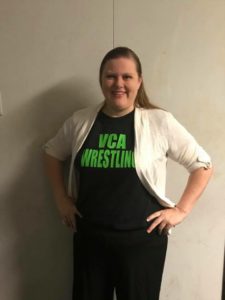 Broken Hearts has just ended and there were definitely a lot of surprises and twists throughout the event, but no one was more disappointed than half owner of the company Terra Rae.

Rae and Miraculous put up a great fight, but in the end the junior champion and T were able to silence the duo after Clark nailed Terra with a vicious superkick that could be heard throughout the studio.

Terra said she’s tired of Miraculous and she’s going to end Miraculous once and for all as there’s only room for one head bitch in the VCA. Saturday, March 3rd at the Velocity Clash II, Terra has announced that Miraculous and her will compete in VCA’s first ever Evening Gown Match.

Join the VCA stars this Friday night at 8pm. Doors open at 7:30pm and all tickets are only $10. The address is 3035 Directors Row inside the Directors Plaza II Suite E Memphis, TN.