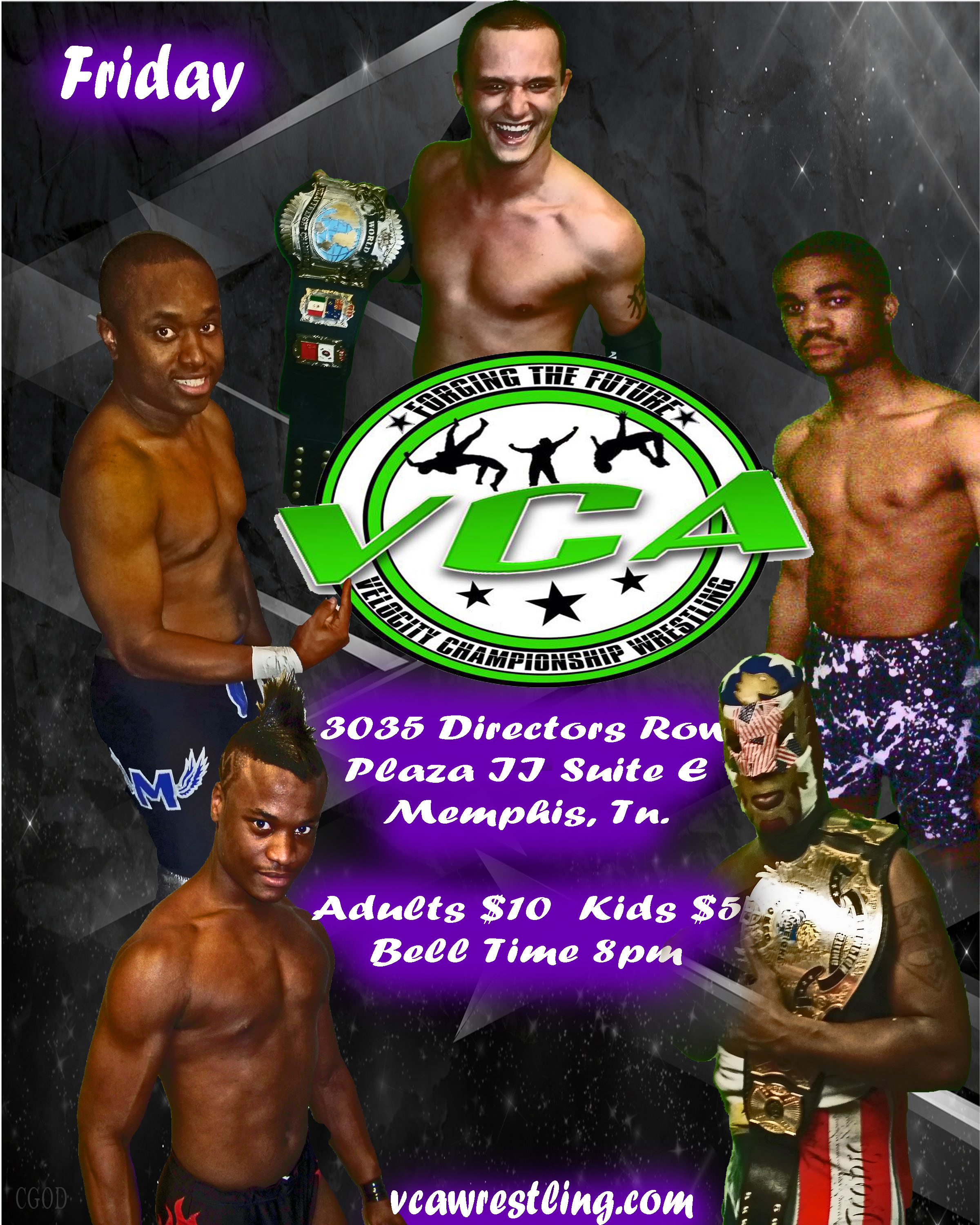 The Charlie Parks Tribute show might be over, but it’s clear to see the action at the VCA studio is not.

This past Friday the VCA fans witnessed the blossom of a new feud between Juniorvative champion, Allen Dalton, and former champion Brooks. Brooks opened the show and informed everyone he’s more focused than ever and wanted what was his, and that’s the juniorvative championship. Brooks told Dalton he’d be seeing him really soon.

Brooks opponent for this past Friday was Da Kyd Chris Evans. Evans also came off an impressive victory after the referee reversed the decision awarding him the match at the Charlie Parks tribute show against Big Tiny. Evans even got the pleasure of applying his Chris Cross submission on Terra Rae. Fans and staff members alike thought it was the end of a long feud between Rae and Evans, but everyone would soon see it was not.

As Evans was on the verge of making Brooks tap to the Chris Cross, Rae entered the studio, took off her shoe, and blasted Evans in the back of the head. The referee didn’t know what to make of Rae’s actions so he called for the bell. Before exiting the studio, Rae told Chris he is no man to place his hands on her like he did at the Charlie Parks tribute show. It would seem this feud is long from over.

The next match featured Anthony Payne taking on Syn. Syn told everyone before the match began he didn’t lose at the Charlie Parks tribute show because he wasn’t the legal man as all four men were in the ring at the same time.

The match itself between Payne and Syn took match of the night as neither VCA star wanted to back down. Syn scored with a back elbow, spinal tap, and a super kick whereas Payne showcased his skills with multiple German suplexes, an overdrive, and a spinning European uppercut. In the end, it was all Syn after delivering the Canadian Destroyer.

During the match, Suicide executed a hammer lock DDT, a Flipping fall-a-way slam, and a corner moonsault. Dalton fought back with a corner clothesline into a Bulldog, a spine buster, and a superplex from the heavens.

As Dalton got close to finishing Suicide off, Brooks entered the studio. If one remembers, Brooks said Dalton would be seeing him soon. Dalton and Brooks began arguing while Suicide quickly regained his strength. Suicide attacked Dalton from behind and connected with a spinning unprettier getting the win for the evening.

The main event featured the VCA heavyweight champion, Kaptain Justice, competing against Malik and Big Tiny in a triple threat non title match. Before competiting, Justice informed the VCA audience whenever he and Xander Raines meet for the heavyweight championship he was going to whip Xander’s butt and send him packing back to Grenada, Ms.

Malik was the underdog in this bout scoring with limited moves. Malik delivered a seated superkick, a running corner dropkick, and his Lights Out which still didn’t get him the victory. Contrary to Malik, Justice made impact by delivering a body slam, big shoulder tackle, and a Big Boot. Tiny was the overall dominant force delivering splashes, clotheslines, and a back suplex.

In the end, it was all Justice. Justice delivered a big boot to Malik causing Malik to go flying under the bottom rope. Justice then took advantage of Tiny’s dilemma by delivering his fall from justice for the win.

Join the VCA stars this Friday at 8pm. 3035 Directors Row inside the Directors Plaza II Suite E Memphis, TN. Tickets for adults are only $10 & kids only pay $5.