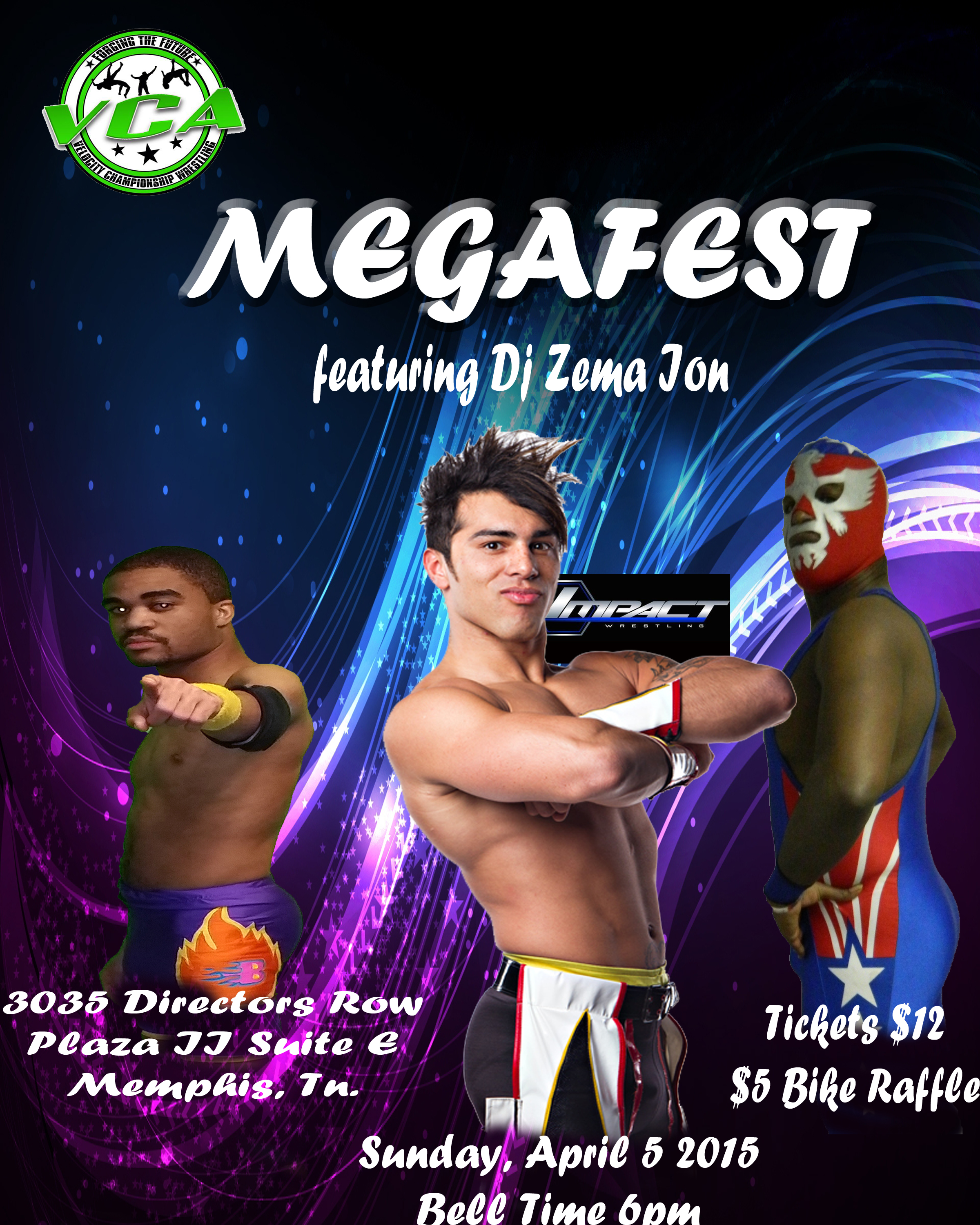 Tomorrow night, MEGAFEST will be taking place and there has been tons of excitement surrounding the spectacle. We all at VCA have worked tirelessly all week leading to this very moment. We saw this Friday at our fan appreciation night; all the stars laid it on the line leading into this.

We saw a contest between ‘Black Ice’ Anthony Payne against Chris Evans with Brooks at ringside. As we know, tomorrow night Brooks and Payne will face off with Dalton and Evans to determine the first ever VCA Tag Team Champions. It was a bout to remember as the two went back and forth to gain momentum for their respective teams. However, as it seemed Evans would win after scoring with his finisher, the O.Y.B., but Brooks would enter the ring and break the count causing an immediately disqualification.

Evans would win the match but receive a beat down from the two until Juniorvative Champion, Allen Dalton would rush the ring and begin attacking Brooks. After all the chaos, we saw Dalton and Evans standing tall in the ring. Is this what we will see tomorrow night or will the two heroes be outwitted and be left disappointed? One thing is for sure, it’ll be a tag team match no one will want to miss.

At the end of the night, we would see Big Tiny and Xander Raines face off against Andreas Sanchez and current VCA Heavyweight Champion, Kaptain Justice. Sanchez would get tossed around and manhandled by the two giants but when Sanchez got the tag to Justice, the story and the entire crowd would shift. Chants of U.S.A. took over the arena as Justice put the work to Xander Raines and Big Tiny.

The brawl got so out of hand that the referee would end up throwing out the entire match due to insubordination. It would end up being Justice and Raines that couldn’t be retained as even Big Tiny tried to hold his partner back, fearing a possible suspension based on his action. It would end up taking almost the entire locker room and two referees to hold the two back. There will be no holding back at MEGAFEST and these two will go to war over the coveted VCA Heavyweight Championship!

Sanchez will also be seeking a little retribution against Crazy Jack over removing his mask. This will be settled with a match between the two tomorrow night. Will Sanchez avenge the removal of his mask, or will Crazy Jack condemn another soul to perish in Hell? As well tomorrow night, one of the most anticipated matches, you will bear witness to the ultimate grudge match between Malik the Great and TNA Impact’s DJ Xema Ion. These two will settle a score that sits at 1-1. It will be a match bigger than the Mid-South itself.

MEGAFEST is brought to you by Velocity Championship Action, one of the hottest and cutting edge wrestling company in the world. So on tomorrow, April 5th, 2015, be sure to get your $12 ticket for you and all your family because this is a show no one will want to miss. I know I have my ticket ready. VCA Studios is located at 3035 Director’s Row in Plaza II Suite E. MEGAFEST will begin promptly at 6pm and those 25 who got their advanced tickets will be able to be seated at 5pm. Don’t miss one of the greatest shows in the Mid-South hosted by Velocity Championship Action!