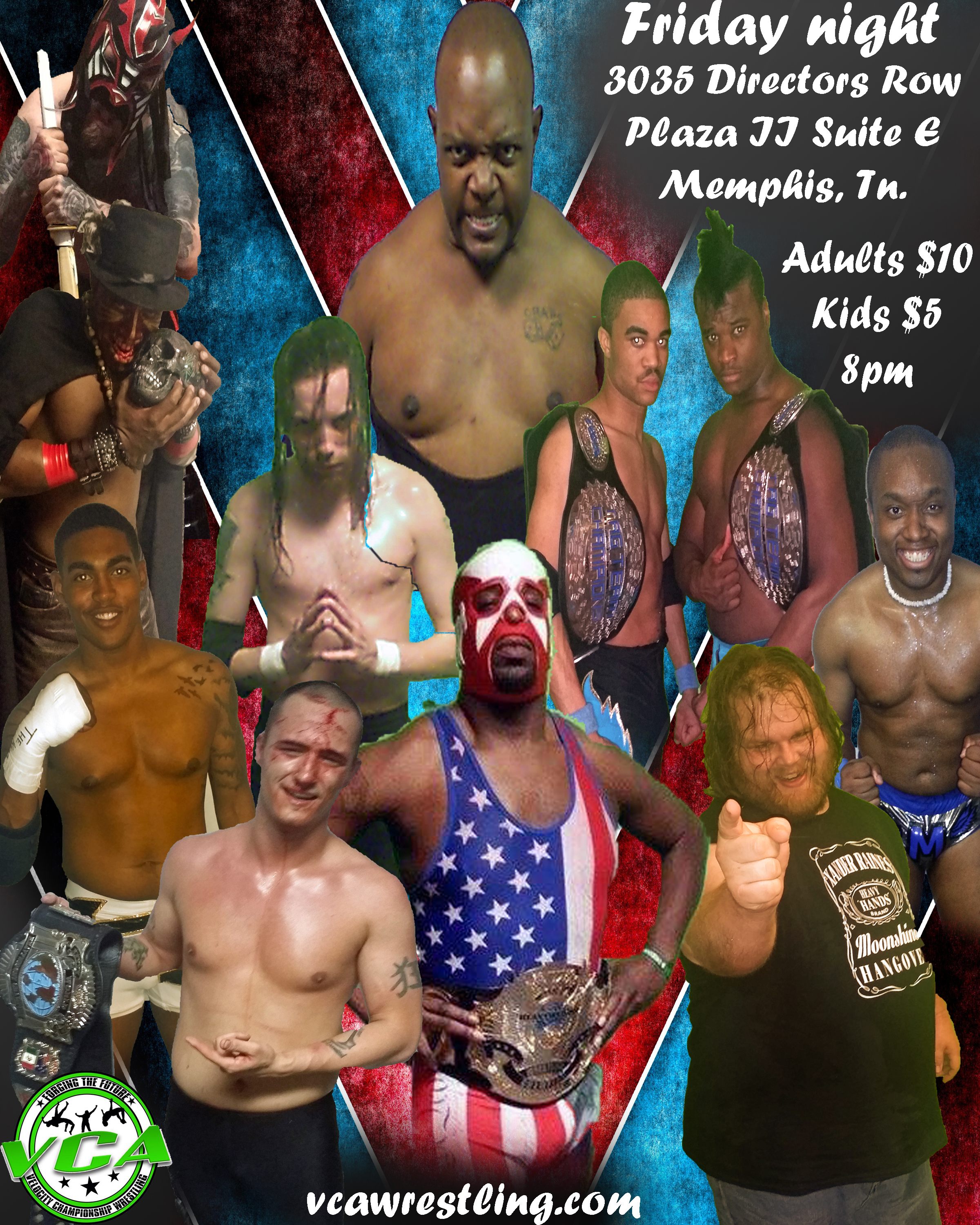 VCA has non-stop action taking place this Friday and every Friday night! Come see the best stars and company in the Mid-South as we get closer to our Friday, July 3rd show!

Every fan including the VCA staff wants to know what the deal is with Syn. Everyone witnessed Syn deliberately and intentionally get himself disqualified last week during his match with Xander Raines. Not only did Syn deliver a gruesome Curb Stomp after the match, Syn also hammered Xander’s arm with a steel chair leaving the big man wounded. No one is certain whether or not Raines will show up tonight. And what is the deal with Syn calling out Chris Evans? Syn claims he is going to call Evans out for his sins claiming Evans is not who the fans think he is.

Allen Dalton will defend his Juniorvative championship against his friend Malik. Last week Dalton informed everyone he’s going to do whatever he can to hold on to his championship. Dalton mentioned this match was booked by Terra Rae in an effort to break the friendship of himself and Malik. Dalton claims Terra is still harvesting a grudge from way back. Malik and Dalton will square off Friday, July 3rd.

Malik isn’t the only problem Dalton have, Dalton is also faced with the Bearded Dragon Floki.  Floki and Dalton competed in singles action last week and the match didn’t disappoint, but in the end Floki would nail Dalton in the head with kendo stick. Many speculate this too was set up by Terra Rae. This feud between Floki and Dalton isn’t over by a long shot!

Just announced last week, Kaptain Justice will defend his championship title against the new number one contender, Big Tiny Friday, July 3rd. Terra gave Tiny this match in hopes of finally taking the heavyweight championship off Justice. Tiny caused Justice and Evans the opportunity of becoming VCA tag team champions last week. Justice tried fighting Tiny off, but in the end it was all Tiny. Tiny said July 3rd everyone will be looking at a new heavyweight champion.

Join Velocity Championship Action this Friday and every Friday night at 8pm as we draw closer to the July 3rd event. 3035 Directors Row inside the Directors Plaza II Suite E Memphis, Tn. Tickets for adults $10 & kids pay only $5!