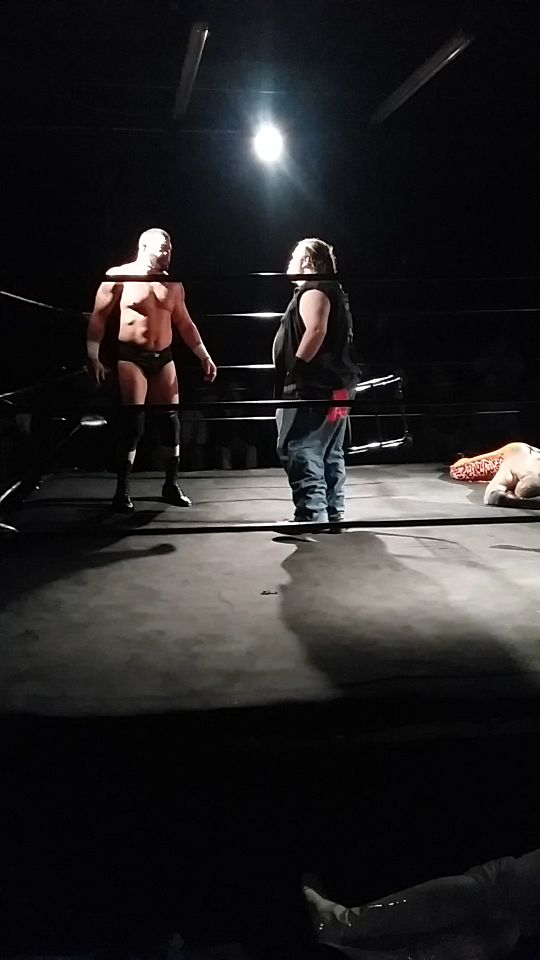 Last night VCA’s Friday night Supershow blew the roof of the place with the best wrestling action in the Mid-South!

Fans packed the studio to see the VCA stars in action with limited standing room only, but what fans really came to see was the heavyweight championship match between champion Allen Dalton and challenger Rodney Mack.

Keep in mind that Dalton suffered from bruised ribs a week ago during he and Mack’s contract signing for their match at the Supershow.

As Dalton made his way to the ring, fans could clearly see Dalton’s heavily wrapped ribs from the recent attack by Mack. Many believed Dalton shouldn’t have competed for the evening, but Dalton insisted on wrestling and not disappointing the fans.

During the match, the champion was no good as Mack pound and grounded the champion targeting in on the injured ribs of Dalton. Fans yelled for Dalton to fight back but their was little Dalton could do against the former WWE superstar.

Mack soon pulled off the tape from around the waist of Dalton and commenced to dishing out more punishment. Mack’s attack became so endlessly that the referee stepped in to stop Mack, but Mack became upset with the referee and scooped the referee up delivering a massive backbreaker. The match was thrown out due to Mack’s attack on the referee. 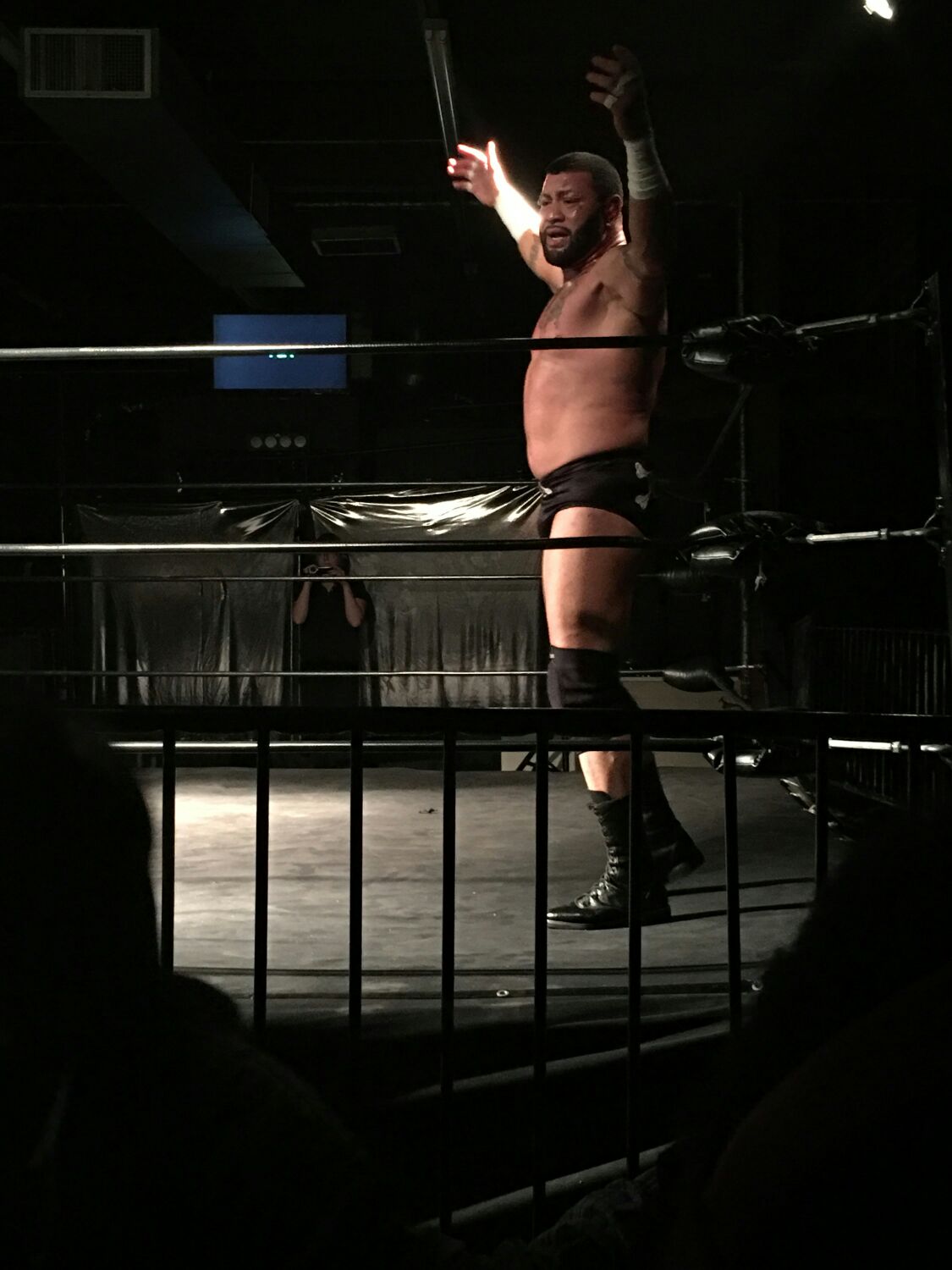 Although the match was thrown out due to Mack’s reckless behavior, Mack still wasn’t done. Mack continued to assault Dalton, but the VCA stars had had enough. One superstar ran from the back but he was quickly stopped by Mack and Piledriven to the canvas. Andres Sanchez ran from the back as well, but he too was taken out immediately as he entered the ring. Dalton’s close friend, Chris Evans, ran out next and he was the only one to get some offense, but Mack quickly stopped his momentum. Mack commenced to attacking Dalton again, but this time a huge VCA star stepped up. 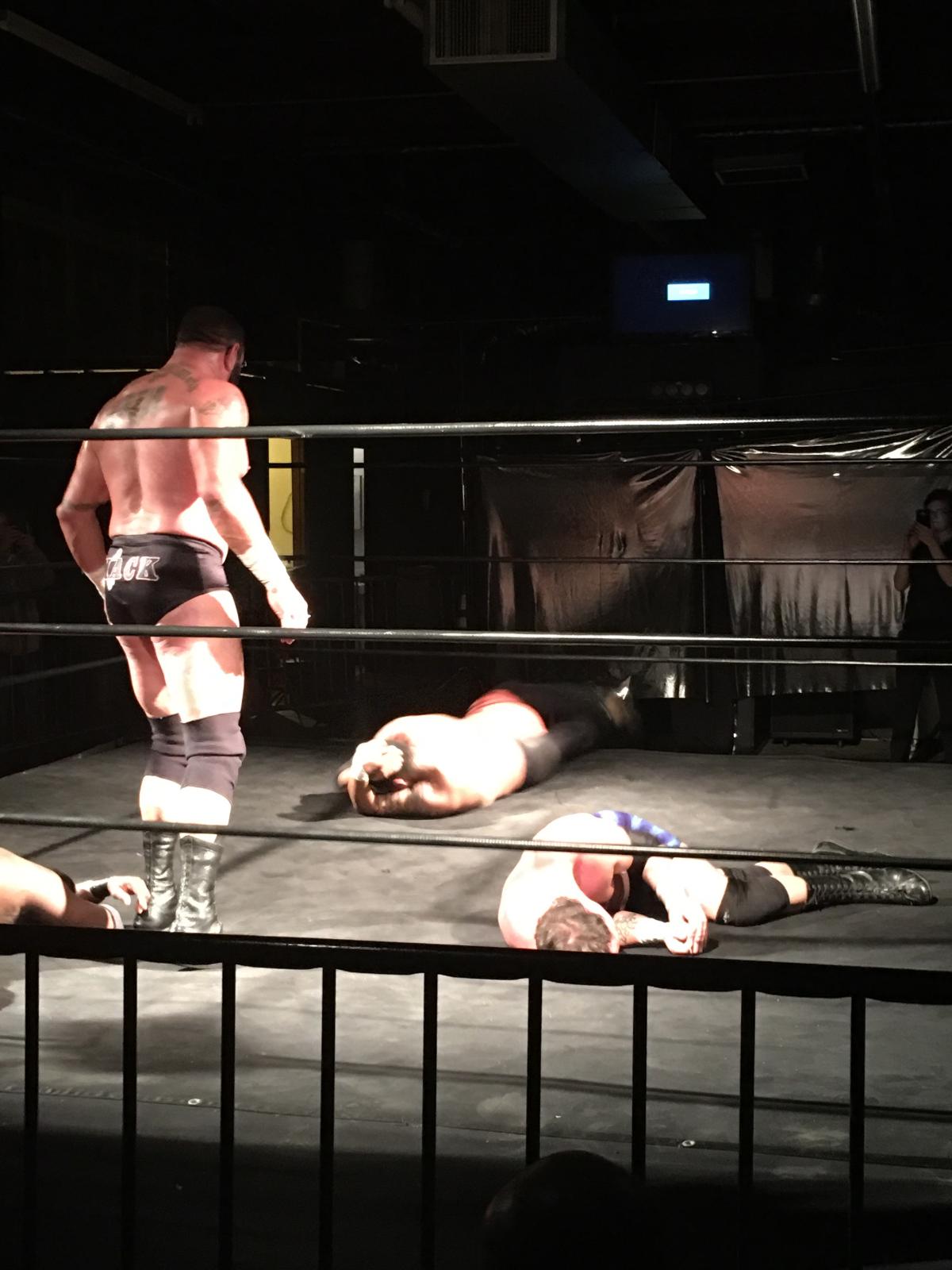 Xander Raines entered the ring and he had a chair in hand ready for anything Mack wanted to do. Fans cheered and chanted the letters VCA over and over indicating that they approved of Raines’ presence.

For once, Mack left the ring in peace not wanting any parts of the big man from Grenada, Ms. Raines encouraged Mack to reenter, but Mack declined. Good thing Raines was there to step in and save the champion when he did because there’s no telling what Mack probably would’ve done to Dalton.

Today, we’ve learned that Xander Raines will go one on one with Rodney Mack Friday, March 18th. Join the VCA stars every Friday night at 8pm. Adults $10 & $7